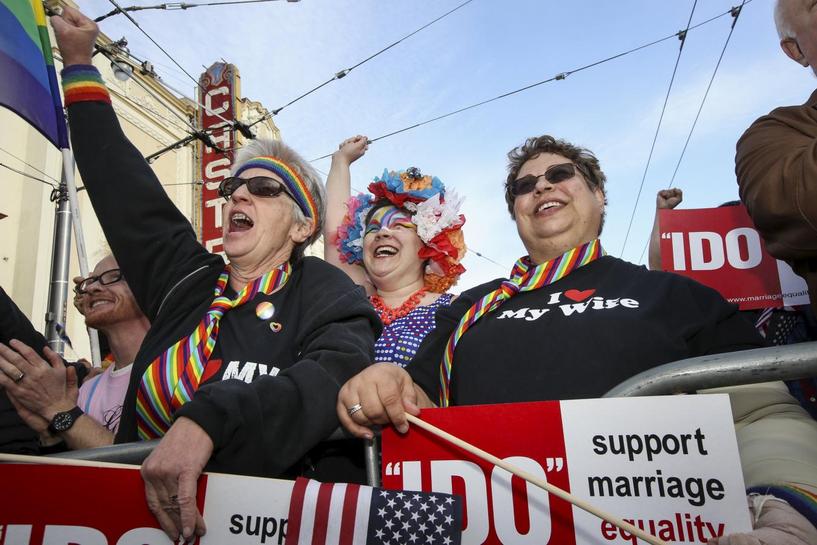 The look on their faces testifies against them; they parade their sin like Sodom; they do not hide it. Woe to them! They have brought disaster upon themselves. - Isaiah 3:9

The Supreme Court ruled on Friday that the U.S. Constitution provides same-sex couples the right to marry, handing a historic triumph to the American gay rights movement.

The court ruled 5-4 that the Constitution's guarantees of due process and equal protection under the law mean that states cannot ban same-sex marriages. With the landmark ruling, gay marriage becomes legal in all 50 states.

Immediately after the decision, same-sex couples in many of the states where gay marriage had been banned headed to county clerks' offices for marriage licenses as officials in several states said they would respect the ruling.