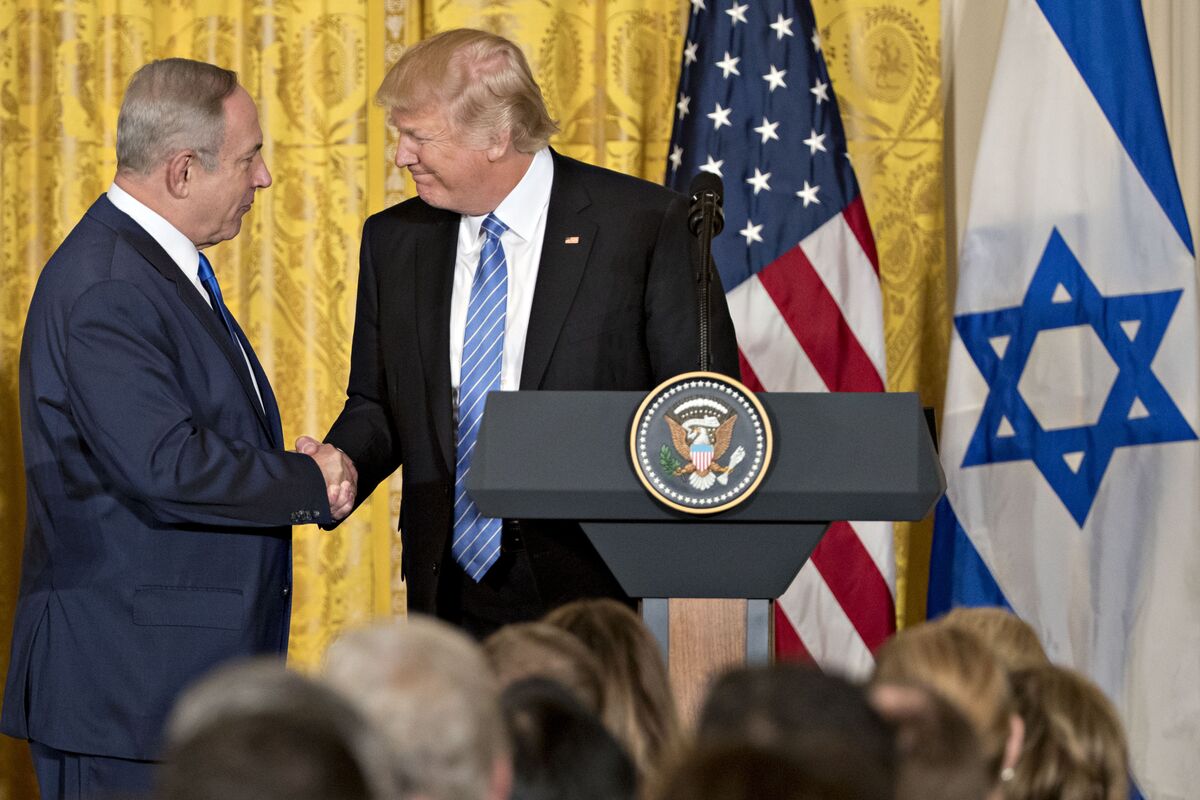 President Donald Trump said in a meeting with Israeli Prime Minister Benjamin Netanyahu that he would cut off funding to the Palestinians unless they agree to resume peace talks.

Trump said at the World Economic Forum in Davos, Switzerland, that the Palestinians “disrespected us a few weeks ago by not allowing our great vice president” to meet with them. Hundreds of millions of dollars “is not going to them unless they sit down and negotiate peace.”

He made a similar threat on Twitter earlier this month. Trump also said the U.S. is moving its embassy to Jerusalem “ahead of schedule by years,” adding that he expected to open a “small version” of the embassy sometime next year.