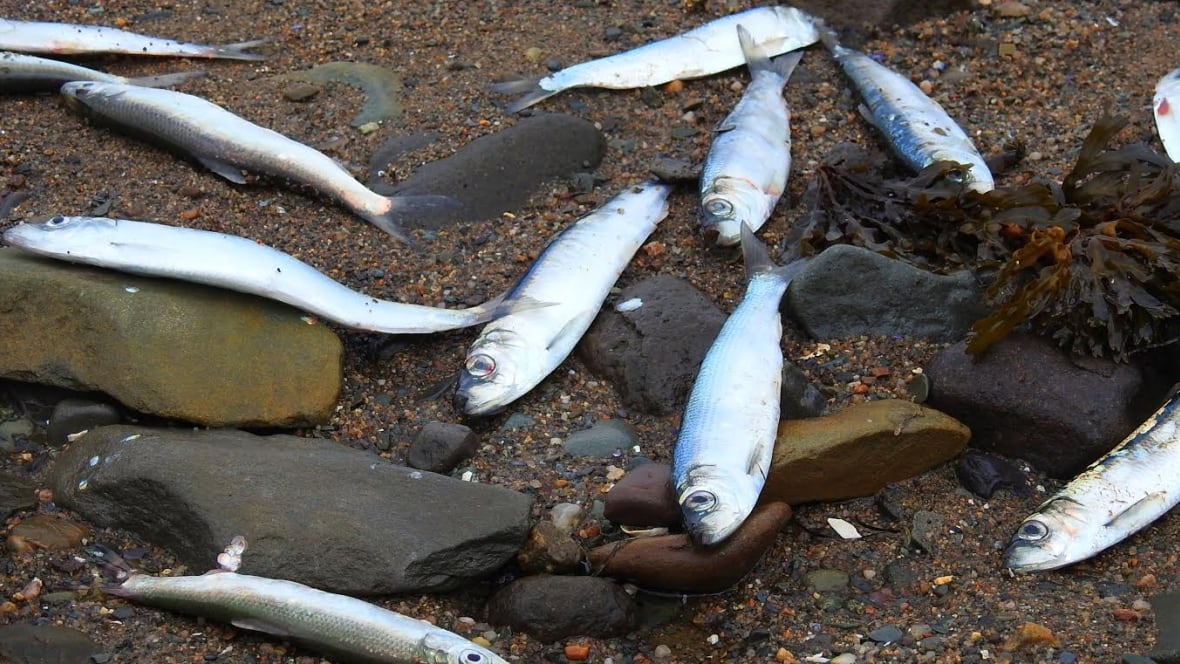 Scores of Atlantic herring are washing up on the shores around St. Marys Bay, N.S., but the reason isn't clear.

Within the last week, the herring have appeared on a 20-kilometre stretch of shoreline running between Marshalltown and Gilberts Cove.

"It seems to be a bit of a unique event in terms of just the sheer numbers that are showing up dead," said Shawn Craik, a biology professor at Université Sainte-Anne.

On Friday, Craik took some students to the shore at Gilberts Cove.

He said that in some spots, there were eight fish washed up in a square-metre block. "If you extrapolate that over the entire beach, we're talking about thousands of fish," he said.