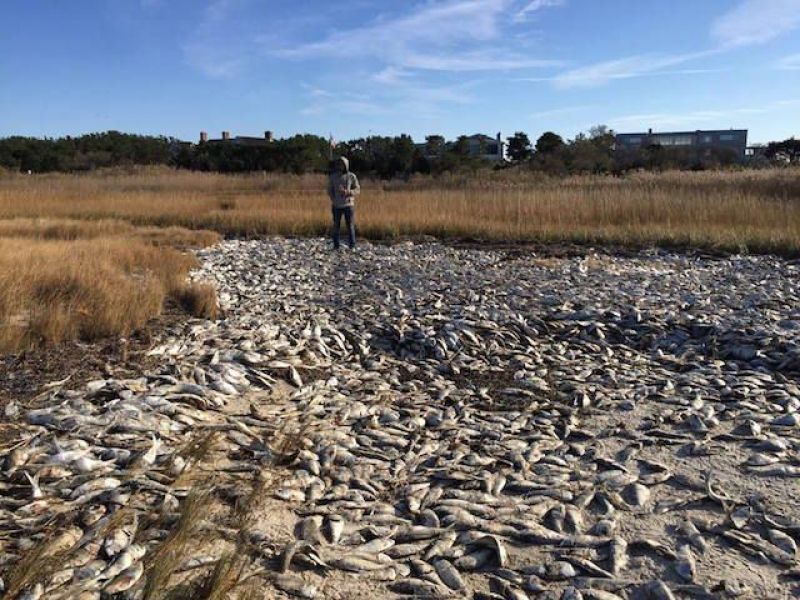 SOUTHAMPTON, NY — The after effects of a massive fish kill in the Shinnecock Canal continue to pile up in the Hamptons — and most recently, more than a million pounds of smelly bunker have washed up near Meadow Lane, one of the wealthiest areas in Southampton.

"We removed 12 tons of fish today," Epley said Monday. "The town hired the same company, Will Caldwell, to remove the fish."

The village, Epley said, is working to get a permit from the New York State Department of Environmental Conservation to go into the marsh and collect the dead bunker.